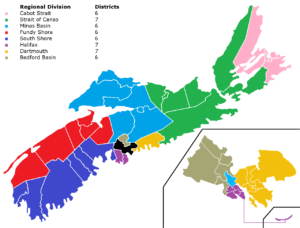 Nova Scotia needs a strong Green Party. If you agree, please join now. We are in an active building phase and looking for dedicated people who are committed to Green Party values.

The Green Party of Nova Scotia strongly encourages members from around the province to attend or send proxy to the upcoming Special General Meeting. We aim to identify regional representatives (chosen by the members in that particular region) to help us build the party across this province. For more information about the Regional Representative role, click here.

The Green Party of Nova Scotia is actively seeking a new treasurer. This volunteer role is essential in maintaining the sustainability and transparency valued by the party. If you have an strong commitment to the values of the Green Party, and experience in accounting, bookkeeping or financial tracking, please contact us. We’d love to meet you and help determine if this is the right fit for you. Find a position description here.

For more information about these roles, the Special General Meeting or the Green Party, please contact us at gpns@greenpartyns.ca.

(HALIFAX) – The Green Party of Nova Scotia rejects the position taken by the McNeil government on marine protected areas and calls for the government to  support expanding ocean protection in marine waters surrounding Nova Scotia.

“Even in 1995, the science was clear. Establishing marine protected areas is a necessary component of an overall ocean health strategy. Furthermore, scientific studies have repeatedly shown that setting aside marine areas does not diminish fisheries but enhances them by increasing fish stocks.”

Although the province has no jurisdiction in this regard, the federal government’s Department of Fisheries and Oceans is influenced by calls from provincial governments. Written statements opposing the expansion of marine protected areas in marine waters have been  issued by three provincial ministers in Nova Scotia’s Liberal government: Energy ministers Samson in 2016 and MacLellan in 2017,  and Fisheries minister Colwell in 2017.

Canada has committed to protecting 5% of Canadian marine waters by the end of 2017, with a goal of reaching 10% by 2020. Currently about 2.5% of Nova Scotian marine waters are recognized as protected.

Dr. WIllison says, “Protecting only 2.5% is woefully inadequate. The government cannot claim to take an evidence-based approach to environmental management while ignoring evidence.”

Willison notes that while marine protected areas may exclude petroleum exploration and development, this has not been the case in practice. Nevertheless, he says, sensitive marine areas (such as those rich in corals or whales) should not be put at risk by industrial development.

The Green Party of Nova Scotia supports the efforts of the Department of Fisheries and Oceans to expand ocean protection in marine waters around Nova Scotia and supports the goal of doubling the total area protected under legislation by end of 2017.

Election day has passed, and the Green Party of Nova Scotia has a lot to be proud of at the moment! We may not have taken a seat, thanks to our first past the post system, but we’ve smashed some records this time around:

A major party focus of this past election was to forge a sustainable team of people willing to work or to train as organizers and campaigners for a positive future.  We intend to continue to build our capacity, and we will remain active between elections.

We have been building our reputation through personal contact, social media presence, and broadcast media.  We hope that one day, some of the leader debates will be open to the leaders of all officially registered  parties who already have seats in the house.

Following are some inspiring words from Tyler Colbourne, our candidate for Dartmouth North. We couldn’t agree more.

A global movement of Greens is what separates us from other parties and ideologies in Canada. We are more than just a one party issue. We are a collection of people worldwide who believe in a better today and expect a better tomorrow. I look forward to doing more for our province, country, and international Green community.”   – Tyler Colbourne, Green Party of NS Candidate for Dartmouth North