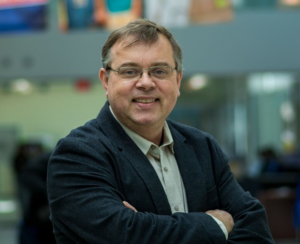 In Korea, last week, the IPCC released a Special Report for Policy Makers which has set the world abuzz.
They identified that a lack of urgency is hampering efforts to keep climate change in check: the effects of climate change are outrunning us.
Here in Nova Scotia, our government has expressed the attitude, “we’re already doing our share” as a way of sidestepping the federal government’s proposed carbon tax. In this race, meeting an already soft target is not an excuse to rest and let others catch up. This is not competition among provinces or countries — this is everyone racing to survive. We have achieved a significant reduction in GHGs, it’s true, and the efforts of Efficiency Nova Scotia / EfficiencyOne can’t be overstated. But as Dr. Larry Hughes points out,

“about half of the (30% target) reduction was achieved by accident rather than design with the closures of paper mills and the Dartmouth refinery, a decline in transportation emissions, and an over 60% increase in residential electricity rates between 2005 and 2015.”

Much of Nova Scotia’s GHG reductions are from loss of industry, not from strong government action switching us to renewable energy. We cannot smugly tell the rest of the country to catch up when we are resting on laurels of industry closing or going elsewhere.
The Green Party of Nova Scotia has some solid ideas of how we can continue to fight the effects of climate change locally, and set an example for others to follow globally.
Green Party of Canada Leader Elizabeth May has called for immediate discussion federally on this report. Governments at all levels should be doing the same.
Perhaps this is part of the reason why our neighbors in PEI and New Brunswick (and our countrymen in BC) are voting Green. With so much coastline, the effects of climate change are more immediate and apparent.
I encourage you to join us. The world needs action, and it needs to start now.
Share This!
On Whipping Votes and Making DealsPrevious PostLeader’s Rant: On Grandmothers and NeighborsNext Post