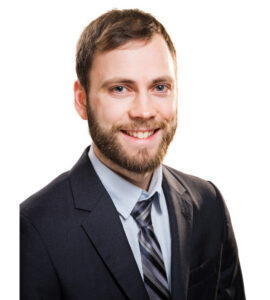 Anthony Edmonds is an aerospace engineer with career experience ranging from local start-ups to government projects. He earned his mechanical engineering degree from Dalhousie University. Passionate about politics since his youth, Anthony first volunteered on a campaign in 2006. Since then, Anthony has stood as a Green candidate five times, for both the Green Party of Nova Scotia and the Green Party of Canada. In 2017, he was fiercely proud to be the first Green candidate to ever win the Nova Scotia Student Vote.

Anthony believes that strong communities are built by the people who live and work in them. As such, he has worked to support community arts activities, as well as mental health and addictions resources. In his free time, Anthony enjoys playing drums for charitable events, tinkering with energy efficient DIY projects, and gaming online with friends. In the summertime, you might spot him commuting — or even campaigning — on his electric motorcycle.

Anthony values participatory democracy above all, and he believes in the right of all Nova Scotians to have a truly representative government, which is why he will not rest until our democratic institutions are reformed to better reflect the will of voters. Anthony lives with his wife, Jillian, at their home in Wellington, where they are always close to family. 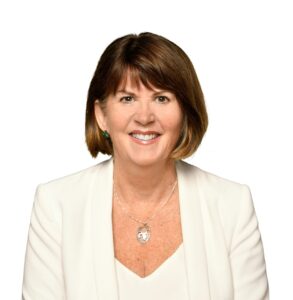 Jo-Ann Roberts is an award-winning journalist who has been a candidate in three federal elections and one provincial election. She’s been a runner-up but never a winner. That hasn’t stopped her from trying, as she often says, “Democracy demands it, and the planet can’t wait.” She is a former Interim Leader and Deputy Leader of the Green Party of Canada.

As a journalist, she covered the 2010 Winter Olympics and was part of the team that won a national news award for covering the NHL Riots in Vancouver. She is a podcast host and producer and spent 10 years hosting a CBC Radio morning show in New Brunswick and then moved to British Columbia and spent 10 years hosting a three-hour CBC Radio afternoon show.   In 2014, she was the Harvey Southam Fellow and Lecturer at the University of Victoria. She is a popular public speaker who is passionate about democracy, public broadcasting, and fighting climate change. She is married to Ken Kelly, and they have four adult children and two grandchildren. She is pursuing a Master of Fine Arts in Creative Non-fiction at University Kings College where she is writing a book, Saving Democracy; How to Get 11 Million Canadians Voting Again.