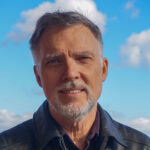 Ron is a senior information technology consultant with 33+ years of experience working in public Social Services and Health sectors.  His career began as an IT consultant with the Province of Nova Scotia before working nationally for a Canadian federal agency.  Based out of Bedford, he now works in the field of digital health and electronic health records for clients in the U.S., the Middle East, Southern Africa, and with two UN agencies: The World Health Organization, and the International Telecommunications Union.

Ron entered political life recently when he joined the Nova Scotia Green Party as a member in March of 2019.  He was the Bedford-Basin Regional representative to the GPNS Executive Council until May of 2021. He was also the GPNS candidate for Northside-Westmount in the 2019 Provincial by-election and has been an active supporter of Green Party candidates in other by-elections.

His political values are centered on:

Ron has the equivalent of a bachelor’s degree and a Diploma in Business Computer Programming from the Nova Scotia Community College (then the Nova Scotia Institute of Technology).  He also benefited from 13+ years of continuing education within a world-class IT consulting organization.

The Green Party of Nova Scotia is excited to have Ron G. Parker as our candidate in the riding of Bedford South. Contact him at ron.g.parker@greenpartyns.ca. If you would like to support his campaign by volunteering, donating, hosting a lawn sign, or attending events, contact Ron’s campaign team at  rgparkercampaignteam@greenpartyns.ca.