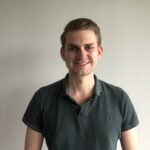 Noah Hollis grew up in Hammonds Plains and graduated from Charles P. Allen High School in 2016. He attended Carleton University and studied Global Politics and History, during which he proudly served as president of his undergraduate students’ society. Noah also interned in the parliamentary office of Elizabeth May and attended house committees on international trade and citizenship/immigration as her proxy . In early 2019, Noah lived in Västernorrland County in Sweden and worked with both the local Green Party and the nonprofit Global Greens, which connects and coordinates green parties from around the world. This experience solidified Noah’s dedication to the six global green values.

Noah is committed to addressing climate change through youth and student justice, having worked at Kumon Math and Reading Centre in Clayton Park and volunteered with the Dalhousie Student Advocacy Service in recent years. He initially decided to run when he realized Halifax Citadel-Sable Island had the lowest turnout in the 2017 election at just 39%, proving that many feel nobody in provincial politics is hearing them. Noah is drawn to the Green Party because of its commitment to not whip its representatives on their stances and votes. Noah believes MLAs must be accountable only to their citizens and the next seven generations, especially before any special interests.

Noah enjoys spending way too much time with his two cats, Fern and Whisket, and visiting his family (and dog!) in Hammonds Plains. He also plays piano and as a recent returnee to Halifax, he loves to get out for a swim or a paddleboard whenever he can.

The Green Party of Nova Scotia is excited to have Noah Hollis as our candidate in the riding of Halifax Citadel-Sable Island.