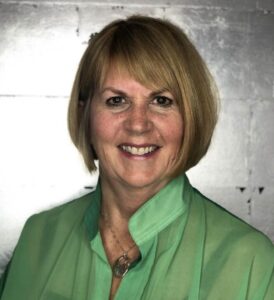 Jo-Ann Roberts is an award-winning journalist, podcast host, and political leader. She has served the Green Party of Canada as both Deputy Leader and Interim Leader and has been a candidate in two federal elections. She is also an entrepreneur, university lecturer and has worked with at-risk youth. She is currently doing her Masters’ degree at King’s College University and writing a book on the threats to our democracy and what can be done to fix it before it is too late.

Jo-Ann is a proud Maritimer who has worked across the country (Winnipeg, Victoria, Ottawa, Saint John,  Moncton, Charlottetown, and Halifax) and was thrilled to be able to move home four years ago to be close to her mother, Ella Roberts, and her sister and brother and their families. She is a mother and grandmother and is dedicated to using her political and journalistic skills to ensure a safer and more sustainable future for them and all generations to follow.

Jo-Ann is Co-president of the Green Party of Nova Scotia and the host of People, Politics and Planet, a GPC podcast. She is also Vice-cair of The Heartwood Institute, an organization that supports green politics in Canada. She is a popular speaker on media and politics and is often called on to comment on current events.  She believes that having an experienced Green voice in the Nova Scotia legislature will create a more collaborative and creative atmosphere where the common good is the driving force not partisan gain.