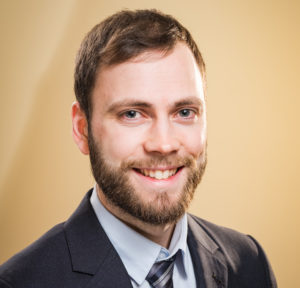 Anthony Edmonds is an aerospace engineer with a background in community service and political activism. His career in aerospace has provided ample experience working closely with government, and his engineering background contributes to a practical, evidence-oriented perspective. Anthony values participatory democracy, and he believes in the right of all Nova Scotians to have a representative government.

Anthony completed his engineering degree at Dalhousie University. He lives with his wife, Jillian, at their home in Wellington. Anthony believes that strong communities are built by the people who live and work in them. As such, he has worked to support arts activities in public schools, as well as mental health and addictions programming.

Anthony has had an active interest in politics since his youth, first participating in a campaign in 2006. He has held various administrative positions in the Green Party of Nova Scotia since 2016, including president. Anthony was the Green candidate for Waverley-Fall River-Beaver Bank in the 2017 provincial election. He is fiercely proud to be the first Green candidate to win the Nova Scotia Student Vote.

In his free time, Anthony enjoys playing drums, often for charitable causes, tinkering with DIY projects and organizing book club meetups. In the summertime, you might spot him commuting —or even canvassing— on his motorcycle.

The Green Party of Nova Scotia is excited to have Anthony Edmonds as our candidate in the riding of Sackville—Cobequid.