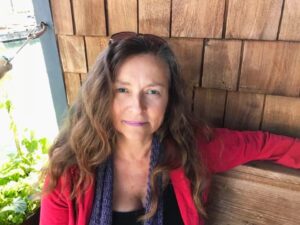 Clare is a professional musician specializing in folk music, school programs and family  entertainment, and has toured extensively in Canada, Asia and U.S. She has independently produced 13 albums, received two Juno nominations, nominated for Pacific Music Industry Children’s Performer of the Year and was named one of top three recording  artists for children in Canada by Vicky Gabereau & Jürgen Gothe of CBC Radio & Vancouver Sun.

In her professional career she has appeared on The Fred Penner Show, Les Petites Oreilles-CBUFT Radio Canada, Free Willy III, Air Bud, and countless other productions.

Outside of work her interests include reading, history, horseback riding, dog training/handling, hiking,  cycling, dance and music of all kinds.

She is running for the Green Party because she was inspired by many Green candidates at the federal and provincial level, and after being on the sidelines for so long decided it was time to jump in.