Adam is an award-winning business owner in the Argyle area. He operates East Roofing and Tiny Home Makers. 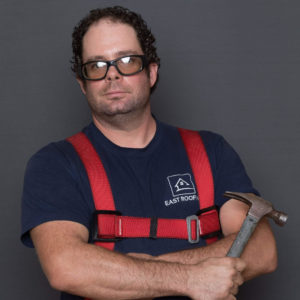 Growing up In North Belleville, Adam attended Ecole Belleville, then went to SAR until the school boards separated and two new schools were built. He graduated from Argyles Drumlin Heights and was the Grad president. His dream job as a child was to be the gas attendant at the Tusket Ultramar, and he was able to live his dream for  three years during high school and two more years following graduation. He left the area from 2006 to 2015. In this time, he earned his Red Seal in Roofing but wanted to return to the area he loved to open his roofing service company.

He returned to the area three years ago with a clear vision: start a premium roofing company, and start a Tiny Home village. He acquired the Brooklyn trailer park one year after returning home and has done a great job cleaning up a run-down park, and creating more housing in the area. He represented Argyle on the board of directors for the Mariners center and organized a Terry fox run in 2018 in Tusket.

His Goals for the area of Argyle and Barrington are to:

Adam has an untouchable work ethic; his success comes from hard work, 15-hour days, seven-day weeks, a thirst for knowledge and continuous improvement. He practices minimalism and has a low cost of living. He is not money driven but rather Goal and relationship oriented. He cannot be bought, bullied, reasoned or negotiated with.